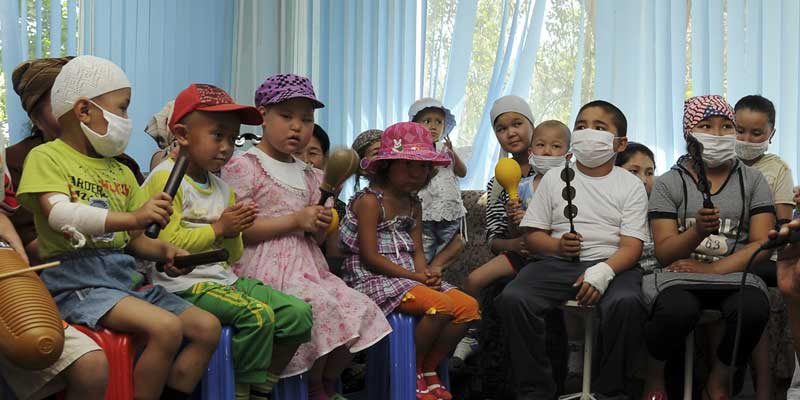 A nearly 16-years (15 10/12) old female patient with Chronic Myeloid Leukaemia (CML) was referred to IKOM with sleeping problems. The CML was diagnosed 7 weeks prior to the consultation and the patient reported, that she wasn’t able to sleep without benzodiazepines due to too many thoughts.

This condition had started with the CTX. Beforehand, she had already noted nervous anxiety along with attacks of vertigo and diarrhoea in the morning before presentations at school or other important events. Further, she suffered from frequent headaches. Those symptoms had also aggravated since CTX. She said, apart from the bad sleep, there weren’t any new symptoms, only her general condition had deteriorated.

The homeopathic analysis lead to the prescription of Natrum muriaticum, which she was given in the potency Q3 11 (10ml flasks), 3 drops in 10ml tap water per day. After two month she contacted the doctors at IKOM again and reported that she had been sleeping very well and had less headaches. When the flask had been empty after six weeks, however, the sleeping problems returned.

She was prescribed Natrum muriaticum Q6 11 in the same dosing and the sleep became sound again. She was told to consult the homeopathic doctor if needed.